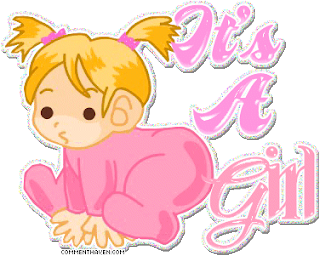 On Tuesday 9th August 2011 at 3.56 a.m. I became a grandmother! Yes, very early - and not without its dramas - but it's all over now and Mum and Baby are doing fine. Nanna (as I've elected to be called - as in Peter Pan) is still in shock.

Poor Elle, after a lousy pregnancy and several weeks in hospital with pre-eclampsia, became too ill to carry on so they decided to induce the baby last Sunday. After a 36 hour labour (don't ask - none of us ate or slept and God alone knows how Elle coped without shouting or screaming once, bless her - brave wasn't in it!) our granddaughter made her appearance. She was popped straight into an incubator and rushed off to SCBU where she was first in intensive care, then high dependency, then rallied nicely and eventually rejoined her exhausted mum and happy dad two days later on the ward.

I won't go into all the gory details but I can assure you that this will be our only grandchild! Anyway, she and Elle were discharged from hospital and finally came home last night - which is why I haven't posted before. They've both been given the all clear and are now happily reunited with The Doctor, and of course, our granddaughter is the cutest, tiniest, most gorgeous and perfect thing in the whole world - even though she shouldn't be here for quite a while yet.

Her name? Well she has two and they're beautiful: one British and one Indian to mark her dual heritage - but to protect her anonymity, for blog purposes, I shall call her Topaz because that's what I've been calling the bump since Easter when I was convinced it was a girl.

So now The Toyboy Trucker is a besotted Grumpy (Elle's choice!) - and a whiz at nappy changing and bottle feeding - and I'm just besotted and elated and really, really thankful it's all over.

Congratulations Christina! Can't imagine the relief and elation you must be feeling! Glad it all turned out O.K. x

Congratulations on your new grandbaby! I wish Topaz, her mother, and father all the best! :)

Lydia - thank you so much! I've never been through so many emotions in my life - and sleep? What's sleep???? But it's all okay now - thank you again. Cxxx

Chanpreet - thank you so much! I'm sure Topaz, Elle and The Doctor will now settle happily into being a lovely little family - and I might just one day stop chewing my fingernails!!!! Cxxxx

Massive congratulations to all concerned. Glad to hear that they are bothe doing well.

Congratulations Nanna - a whole new life ahead - there's no better creation than that!

Enjoy - they grow up so quickly.

Aahh how lovely.
Congratulations to all!
Welcome to the world little Topaz.
love
Alison
x

Welcome to the lovely Topaz. x

Colette, Debs, Linda and Alison - a massive thank you (and from Elle, The Doctor and Topaz, too)! I'm so glad it's over and all okay - but possibly not half as glad as Elle is. And I have an awful feeling that Topaz will ALWAYS be called Topaz by me... Cxxxx

Congratulations on Topaz's safe arrival and good to hear that mum and baby have recovered from what sounds a very traumatic time. I can only imagine what it was like for you waiting for news whilst your daughter was going through a 36 hour labour. Here's wishing the new family every happiness for the future.

Congrats! Poor Elle, good it all turned out ok. Topaz sounds like a lovely name, substitute or not ;)

I'm late seeing this post but wanted to say Congratulations! All the best to the family and especially your little jewel of a granddaughter.

Chris, Bella, ptasia, LG, Karen, Lesley, womag and Susie - THANK YOU all so much for your lovely messages - and a million apologies for the lengthy delay in responding. Elle and Topaz are doing brilliantly now - but I've been unable to post as I've been without my computer for weeks - it crashed, was dashed into PC World where it was eventually declared dead, I had to buy new one and wait for Computer Child to transfer data from old hard drive (no, I hadn't backed anything up - am hanging my head in shame...) and then get used to using new pc... Should be back on track now! Hopefully... lots of love and thanks - Cxxxxxxx